Home
Blog
Fatal Crashes On The Rise In Kentucky Indiana

Fatal Crashes on the Rise in Kentucky & Indiana 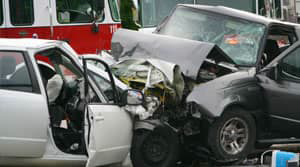 It’s discouraging news for drivers on Kentucky and Indiana roads. Statistics from both states record increased traffic fatalities in 2012. The good news is that state police in both Kentucky and Indiana are working to decrease those numbers through driver awareness and education programs, and increased police presence on the roads.

A record 745 people died on Kentucky roads in 2012, up from 720 in 2011 while Indiana recorded 770 fatalities in 2012, a 2% increase from 2011. The three most prominent factors involved in road fatalities are speed, distracted driving and driving under the influence.

State police are trying to reverse these trends through driver awareness and education programs. Both states offer driver education programs through their state police departments. Police stress drivers need to know not only the rules of the road but also the devastating consequences of poor driving decisions.

Distracted driving-related crashes are epidemic in large part because of increased use of smart phones. Kentucky and Indiana have laws banning texting for all drivers and both states prohibit drivers under 18 using a cell phone while driving. Every 24 seconds there is an accident somewhere in the United States involving a driver using a cellphone, which translates to more than 160,000 crashes during the first six weeks of 2013.

The final prong in the effort to decrease vehicle fatalities is more police presence and enforcement. State police will be more visible enforcing traffic laws and discouraging dangerous driving habits.

Don’t gamble with your life or those of your passengers or fellow drivers. Follow these safety tips to help put the odds in your favor:

Filing and accident report in Kentucky