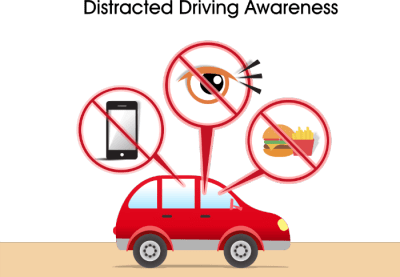 Distracted driving in no longer a “new” or “hot” issue. Driver distractions have always been a problem, but the dangers rose exponentially with the advent of cell phones and other personal electronic devices in the first years of the 21st century.

Since 2009, the U.S. Department of Transportation has worked to raise awareness with two national distracted driving summits, and to strengthen laws, including obtaining bans on texting and cell phone use by commercial drivers (i.e., truckers and bus drivers). It has encouraged states (including ) to adopt distracted driving laws, and launched several public awareness campaigns, including Distracted Driving Awareness Month each April.

Still, there were 6,490 collisions attributed to distracted driving in Kentucky in 2013. That’s nearly 18 every day. Among them, 619 distracted driving accidents (9.5 percent) involved children age 6 to 12, one of which was a fatality.

Several studies say those figures are conservative at best. The National Safety Council said in a 2013 report that “there is no reliable method to accurately determine how many crashes involve cell phone use; therefore, it is impossible to know the true scope of the problem.” 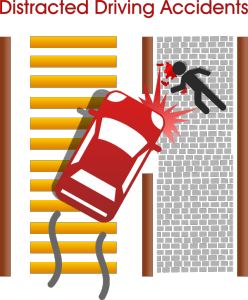 The NSC says figures are wrong in part because police usually have to rely on drivers involved in a crash to admit that they were on a cell phone or otherwise distracted at the time of the accident. This is unreliable for several reasons, including inability to say because of injury or simple dishonesty. In addition, if a driver is cited for a violation like drunk driving or speeding, police are likely to be unconcerned with pursuing whether distracted driving was a factor in a wreck.

If an investigation into a crash by a car accident lawyer or others later indicates that distracted driving was the cause, it’s unlikely that accident records will be updated, the NSC says.

The warning data about distracted driving is outdated, too.

The National Highway Traffic Safety Administration on its Distraction.gov website has long relied on a U.S. DOT study that says the 5 seconds it takes the average driver to read or compose a text message is equivalent at 55 mph to traveling 100 yards blindfolded. But the author of a study released last month says “any glance away from the road for 2 seconds or longer (emphasis our) can increase the risk of an accident from four to 24 times.” 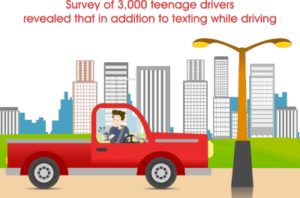 The study’s primary author, David Hurwitz, an assistant professor of transportation engineering at Oregon State University, also says the study’s survey of 3,000 teenage drivers revealed that in addition to texting while driving, 27 percent of respondents admitted to changing clothes or shoes while driving, and some worked on homework.

One Kentucky woman, Hillary Coltharp, found out the hard way the dangers of texting while driving along with the cold fact that it doesn’t always happen to someone else. The last time she decided to text while she was driving, her car crossed the median and flipped four times, throwing her 75 feet from the vehicle.

Hillary, who was 26 at the time, suffered a fractured skull, brain trauma, a collapsed lung and several broken bones. She has been through years of rehabilitation and therapy since her wreck and today, fortunately, is able to encourage others to avoid the mistake she made. 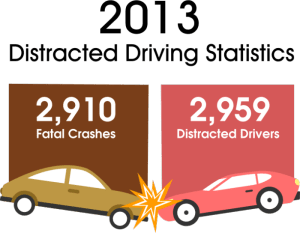 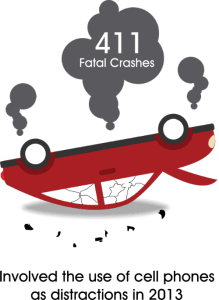 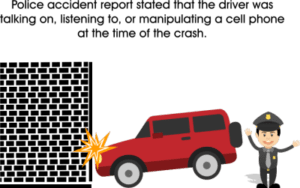 In the same report, the NHTSA explains in a 630-word section how terminology and reporting requirements for distracted driving crashes have changed since 2010 and therefore cannot be used to cite trends. In addition, police report forms in multiple jurisdictions across the country vary in the data they require.