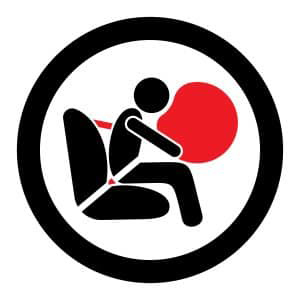 Exploding Airbags Cause Vehicles to be Recalled

Safety regulators at the National Highway Traffic Safety Administration (NHTSA) have issued an urgent warning to owners of more than 7.8 million vehicles to have their vehicles checked immediately for defective airbags that may explode during a crash.

The problem lies with the airbag inflator that contains a faulty propellant which when consistently exposed to high humidity may cause an airbag to explode, rather than inflate, during a crash. Flying metal from the exploding airbags are causing eye injuries, severe skin lacerations, and injuries described as shrapnel or stabbing injuries, and in some cases, death.

The urgency by the NHTSA is unusual but the potential for devastating injury or death is so great that federal safety regulators are trying to get the word out any way they can and as quickly as possible before more deaths and injuries occur.

Safety regulators and advocates worry that many owners of affected vehicles will not get their vehicles checked or repaired because many are later-model vehicles whose current owners are unknown. They also worry that because consumers have been so inundated with vehicle recalls this year—more than 50 million vehicles have been recalled in 2014—they simply may tune out this latest urgent warning.

The NHTSA and car manufacturers are focusing their recall efforts on high humidity areas like Florida, the Gulf Coast states, Hawaii, Puerto Rico, Guam, American Samoa, and the U. S. Virgin Islands, but anyone who lives in, or has spent much time in Kentucky and other southern states, not on the Coast, knows it can be extremely hot and humid throughout the summer months.

We do not understand the geographical limitations of the recall focus and we urge you to have your car checked out by the dealer if your vehicle make and model is part of the recall, regardless of where you live.

The NHTSA also advises that if your vehicle has been recalled during the last 2 years for airbag inflator issues to have your vehicle checked again. Front and passenger airbags may both be affected, or only one set of airbags affected, depending on the make and model of the vehicle.

See if Your Vehicle is at Risk for Exploding Airbags

Until recalls are completed, Toyota is advising its customers to avoid using the passenger seat and issued a separate recall yesterday of another 247,000 vehicles over the defective airbags. Honda is not issuing recall notices until parts are available.

Due to the serious nature of this recall, the NHTSA strongly advises vehicle owners to input their 17-digit Vehicle Identification Number (VIN) at vinrcl.safercar.gov/vin/ to see if their vehicle is affected. You can find your vehicle’s VIN on the dashboard on the driver’s side of the vehicle. It is usually also listed on the driver’s side doorpost, your insurance card, and your vehicle license and registration. The NHTSA has been having trouble with the VIN link so you can also check your VIN number on your vehicle manufacturer’s website to see if your vehicle has any open recalls.

You can also check the list of vehicles below to see if yours is included. NHTSA Deputy Administrator David J. Friedman acknowledges this list is incomplete but here is the current list of potentially affected vehicles involving the airbag recall:

Protect yourself, your friend and family, and anyone else who may be a passenger in your vehicle, and take immediate action to have your vehicle checked out. If your vehicle is affected, demand that the airbags be replaced, regardless of your geographical location. If parts are not yet available, ask to have the airbags disabled or request a loaner vehicle until recall repairs can be completed.