Home
Blog
Why Are Young Americans Dying In Increasing Numbers

Why Are Young Americans Dying in Increasing Numbers? 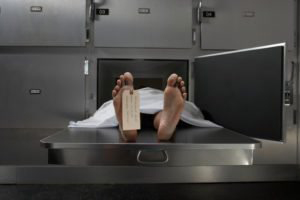 Dying Young in The United States

A sharp increase in deaths of young Americans aged 10 to 19 years old have experts sounding the alarm bell.

A new study released by researchers from the U. S. Centers for Disease Control and Prevention (CDC) shows a staggering 12% increase in deaths between 2013 and 2016 for young Americans after a steady decline of the total death rate by 33% between 1999 and 2013.

The increased death rate is not caused by deaths due to illnesses such as heart disease and cancer, the two leading causes of death in the United States, but rather due to injury deaths from motor vehicle accidents, suicide, firearms-related homicide, and poisonings, mostly from an overdose.

In 2016, the latest year for which the data was analyzed, the death rate for youths in the United States stacked up like this:

According to a review of the data from 1999 through 2016 from the National Center for Health Statistics at the CDC:

A recent study released by the Journal of the American Medical Association (JAMA) buttressed the findings of the CDC study that the leading causes of death among young Americans between the ages of 15 and 34 years old were unintentional injuries, most notably motor vehicle accidents, poisoning and drowning; suicide; and homicide.

What’s Causing the Increased Death Rates Among Americans Under Age 25?

Dr. David Katz, founding director of the Yale University Prevention Research Center, referred to a ‘confluence of trends’ that he sees negatively affecting the lives of children in the United States and causing the increased death rates. Dr. Katz said, ‘Recent studies highlight the rising prevalence of both depression and opioid abuse in the U. S. Combine these with yet another feature of American life ‘the ubiquity of guns’ and there is a potent and ominous mix.’

Other experts, such as Dr. Tina Cheng, John Hopkins Medicine director of the Department of Pediatrics, point out that ‘[s]ome have suggested that social media and cyberbullying may be contributing. Others have pointed to growing income inequality.’

Motor vehicle accident deaths also include deaths from distracted driving and distracted walking involving smartphones. Researchers also noted that a large number of young people killed in traffic accidents were found not to be wearing seat belts at the time of their fatal crash, 50% of those aged 15 to 19 years old, and 43% of children aged 9 to 13.

US Teens Fastest Growing Group to Die of Overdose

The opioid crisis is also heavily contributing to the increase in deaths of young Americans just as it is affecting other communities throughout the country. Drug overdoses are included in the ‘poisoning’ category and account for 90% of the recorded poisoning deaths among youths.

And, most shockingly, more young Americans are dying of heart failure than ever before. Dr. Nilay Shah, assistant professor of cardiology at Northwestern University, says that health conditions like obesity, diabetes, and high blood pressure are the most obvious contributors, but socioeconomic status is the source of the cause. Lack of education, job opportunities, local access to healthy food, dental coverage, and whether they have safe places to exercise all affect heart health.

Everyone is Responsible for Answering the Cry for Help

There is no easy answer but experts agree our nation’s youth are crying for help, and attention and prevention services are key to reversing these alarming numbers. Dr. Thomas Weiser, an associate professor of surgery at Stanford University School of Medicine and a trauma surgeon at Stanford University Medical Center, urged, ‘This disturbing trend should be a wake-up call that mental health services, injury prevention, gun safety and ongoing efforts to improve car and driver safety need support, attention, and financial resources.’

What Can We as a Society Do to Help our Youth Survive?

Here are a few of the ways we can dedicate our time, talents, and resources to help reverse this fatal trend:

The future of our country is at stake, and it’s up to all of us to answer the cry for help from our nation’s youth.