WHAT DOES BECKER LAW HAVE IN COMMON WITH JOHNNY DEPP AND AMBER HEARD? It’s all about the expert witnesses. 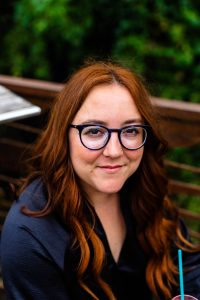 Technology has complicated certain things, including the practice of law.

Let’s be honest. Most days, I can’t live without my smart TV, podcast apps, wireless headphones, and email’s miraculous invention. But even I have my moments. There are days when the notifications are too much, the internet is too slow, and my document crashes. On those days, I want to toss my computer out the window and dream of a simpler time when paper and print were the centers of everything.

The intersection of technology and the law has created a need for forensic and Electronically Stored Information (“ESI”) experts in the field. Technology can prove truthfulness (think your grocery store’s very unflattering theft prevention cameras) and can be used to falsify and manipulate documents (think photoshopping a teenager’s face onto a fake ID). Attorneys must now sort through a host of companies and experts that offer services for everything from organizing millions of emails to figuring out whether an image is authentic or if it has been tampered with.

Sometimes there are many terabytes of data in a lawsuit involving dozens of systems. [1] ESI experts help lawyers understand technical systems and collect, analyze, and produce data. Julian Ackert serves as an ESI expert witness and is the Managing Director at iDiscovery Solutions in Washington, D.C. In an inconspicuous courtroom in Fairfax, Virginia, his most recent appearance was in the Johnny Depp v. Amber Heard defamation trial. During that trial, Ackert testified as a rebuttal witness regarding the authenticity of several photos taken by Amber Heard.

A few years earlier, Ackert was testifying in a different court in Pike County, Kentucky, another inconspicuous town. Ackert was testifying for the corporation known commonly as Bayer at that time. In 2016, Kate Dunnington and Greg Bubalo of the Becker Law Office, a subsidiary of Bubalo Law PLC, accompanied by Gary Johnson of Gary C. Johnson P.S.C, teamed up to bring a mass tort suit against Bayer. The Kentucky attorneys represented hundreds of women negligently injured by Bayer’s Essure product.

By 2020, the parties were deep in the discovery phase of litigation, the longest and most challenging phase, where each party exchanged information requested by the other party. Bayer’s teams of national lawyers argued that the Plaintiffs were not entitled to certain electronic information because it would be too costly and burdensome to produce the data. The problem for Bayer was, how did it know that it would be burdened to produce this data? Bayer made this claim without credible support, so the Court required Bayer to provide specific evidence of its burden.

Bayer’s answer was to hire Julian Ackert to testify that Bayer would have to pay tens of millions of dollars to produce the relevant data and, for that reason, it should not be produced. The Chief Technology Officer of Computer Forensic Services in Minneapolis, MN, Mark Lanterman, served as the Plaintiffs’ ESI Expert. Lanterman disputed Ackert’s opinions as being unsupported and unreliable.

After holding an evidentiary hearing (which is like a mini-trial on specific issues), Judge Eddy Coleman found Ackert’s opinions on Bayer’s burden “unpersuasive.” According to Judge Coleman, Bayer should have used “real numbers” to show its cost to produce the data and not relied on the “hypothetical opinions” of Ackert. Judge Coleman found Lanterman’s opinions persuasive, including his opinion that “the type of data and how it resides on a system must be known to understand Bayer’s discovery burden.”

Ultimately, Judge Coleman found that Bayer failed to provide Ackert with the concrete data needed to formulate admissible opinion evidence under Kentucky’s evidence rules. The court found that Ackert failed to apply “principal and methods reliably to the facts of the case” according to those rules. In a nutshell, Judge Coleman found that Ackert’s testimony was “not helpful.” I can only imagine the surprise Judge Coleman may have had when he looked up from his bowl of cereal in the morning to see the familiar face of Julian Ackert on the television news, testifying for Amber Heard.

But rest assured, appearances from experts like Ackert are far from surprising. Today, technology has created new complexities in the law that has never been seen before. This is why you need a legal team that is great at selecting experts and challenging them. And remember, if you don’t have a celebrity to find that team, it might be wise to look for the team who successfully took on Bayer in Kentucky.

FOR A LINK TO JUDGE COLEMAN’S OPINION, SEE:

[1] A relatively large unit of digital data, one Terabyte (TB), equals 1,000 Gigabytes. It has been estimated that 10 TB could hold the entire printed collection of the U.S. Library of Congress, while a single TB could hold 1,000 copies of the Encyclopedia Brittanica. https://www.teradata.com/Glossary/What-is-a-Terabyte (accessed 06.05.2011).