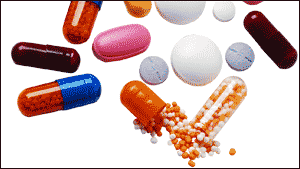 The end of June signals the beginning of summer, and for lawyers like the owner of the Becker Law Office, the arrival of long-anticipated Supreme Court decisions. You may have heard about the Court’s rulings striking down parts of the Voting Rights Act and the Defense of Marriage Act this week, but in all the hub-bub of those decisions, you may have missed one of the most shocking decisions of all. The Supreme Court ruled if a defective generic drug seriously injures you, then you cannot sue the generic drug manufacturer to compensate you for damages!

The decision involves the case of Karen Bartlett who, at her doctor’s recommendation and prescription, took Sulindac, a generic anti-inflammatory for shoulder pain. She suffered a severe reaction to the drug, a side effect which was known by the generic manufacturer, that burned off nearly 60% of her skin and cost her most of her eyesight. Ms. Bartlett spent more than two months in the hospital, remains permanently disfigured and injured, and will need medical care for the rest of her life.

In her lawsuit against generic drug manufacturer Mutual Pharmaceutical, a New Hampshire jury found Sulindac was “defective and unreasonably dangerous”, and awarded Ms. Bartlett $21 million for her devastating injuries. Mutual Pharmaceutical appealed, arguing that it was merely selling a generic version of a brand-name anti-inflammatory, Clinoril, allegedly found safe and effective for use by the Food and Drug Administration (FDA).

The Supreme Court agreed with Mutual Pharmaceutical and found that generic drug makers are not liable for damages, even if a drug they make is defective and unreasonably dangerous, where the FDA approves the brand-name version. The Court’s reasoning is based on the principle that federal law pre-empts, or is supreme to and trumps, state law where the two disagree. The Court reasoned that if a federal governmental agency, the FDA, determines that a drug is safe and can be sold to the public, then a generic drug maker cannot be held responsible and legally liable for a defective drug that is a mere copy of a drug that has already been found safe and approved for sale by the FDA. At the root of this issue is that the FDA relies on testing data and information provided by the pharmaceutical companies themselves. “It’s as if the fox is allowed to give security advice to the chicken farmer,” says Mr. Renfro.

Consumer advocacy groups and lawyers who fight for the rights of injured people are extremely concerned with this ruling. The ruling completely guts the Consumer Protection laws of individual states. Mr. Renfro says, “States should be able to decide what is best for its citizens, rather than the federal government”. American Association for Justice President Mary Alice McLarty also worries, “I know of no other industry where the maker of a product has such limited responsibility for the safety of the product they make.”

Generic drugs make up approximately 80% of what is prescribed and taken in the United States. It is a sad day for consumers who must now make a choice every time their doctor prescribes medicine: pay for expensive brand-name drugs that they cannot afford but for which they have legal recourse in the event of injury or death, or accept a more affordable generic version and give up any legal course of action if that generic drug injures or kills them.

Ironically, brand-name drug manufacturers can still be sued if their products harm someone. Mr. Renfro questions, “If a generic manufacturer wishes to cash in on the tidal wave of profits that can be earned from selling pills then why do they get all of the benefit with none of the risk?”