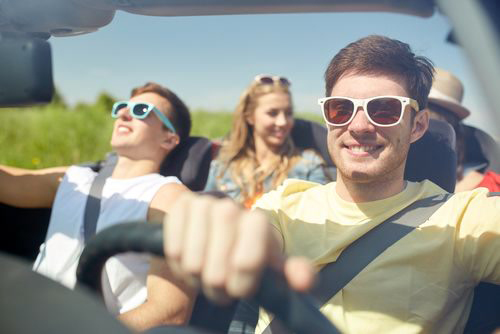 Teen Driver Crashes on the Rise

School’s out, and that means more teen drivers on the road. This increase in inexperienced drivers could also make the roads less safe overall and even lead to an increase in car accidents caused by teenage drivers.

The AAA Foundation for Traffic Safety calls the period between Memorial Day in May and Labor Day in September the “100 Deadliest Days.” Crashes involving teen drivers “increase significantly during the summer because teens are out of school and driving more.” Across the United States, over 8,300 people died in crashes involving teen drivers during this 100-day time period between the years of 2008 to 2018.

Unfortunately, those who are injured as a result of this summertime increase are not limited to negligent or reckless teen drivers. AAA Foundation research found that nearly two-thirds of people injured or killed in a crash involving a teen driver are people other than the teen behind the wheel. As the summer gets going, now is a critically important time to speak with teenage drivers and passengers about these trends and how to avoid joining the statistics of teenagers and young adults injured in crashes caused by teen drivers.

In its May 27, 2020 news release, the AAA Foundation says new crash data from 2008-2019 reveals major factors contributing to fatal teen crashes during the summer driving period include:

Over the past five years, according to the AAA Foundation:

According to additional AAA Foundation research: 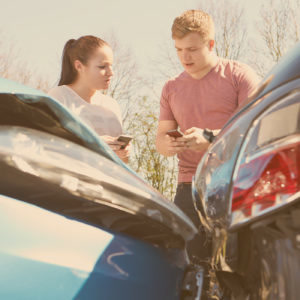 The Centers for Disease Control and Prevention (CDC) says motor vehicle crashes are the leading cause of death for U.S. teens. Per mile driven, teen drivers age 16 to 19 are nearly three times more likely than drivers age 20 and older to be in a fatal crash.

According to the CDC:

Here in Kentucky, teenage drivers account for approximately 7 percent of licensed drivers (including learner permits), says a 2017 Kentucky Transportation Center Research Report from the University of Kentucky. However, crash data shows that teenage drivers were involved in about 15 percent of all crashes, 18 percent of injury crashes, and 9 percent of fatal crashes.

Put another way, teenage drivers in Kentucky are overrepresented by a factor of 2.1 in all crashes, 2.6 for injury crashes, and 1.3 in fatal crashes.

Teenage drivers are less experienced than adults, making them more likely to cause a car accident. However, any teen can take steps to lessen their chance of causing an accident.

“Teens should prepare for summer driving by practicing safety during every trip,” Dr. Bill Van Tassel, AAA Manager of Driver Training Programs, says in ‘100 Deadliest Days’. “Storing your phone out of reach, minding the speed limit, and staying away from impairing substances like alcohol and marijuana will help prevent many crashes from ever occurring.”

Another type of impairment that drivers face, and one that is especially dangerous for teens, is fatigued or drowsy driving, the National Safety Council (NSC) says. Teens should have 8 hours of sleep every night. One study indicated that having only 6 hours of sleep is enough to increase the crash risk for a teen.

The NSC also says, ‘the safety research is clear: For the first six months after teens get their license, new teen drivers shouldn’t have any young passengers.’

In case there is an accident, wear a seat belt. The CDC says research shows that seat belts reduce serious crash-related injuries and deaths by about half.

Getting a driver’s license and driving on your own is a rite of passage into adulthood that all teens look forward to. But with privilege comes responsibility. Teen drivers must learn safe driving techniques or face the consequences, just like adults.

If you or your teen have been seriously injured in an accident caused by a teenage driver who may have been negligent or reckless, talk to Becker Law Office about holding them responsible. We may be able to help you obtain compensation through their (or their parents) auto insurance for your injuries and other losses.