Viagra May Significantly Increase Melanoma Risk According to Study 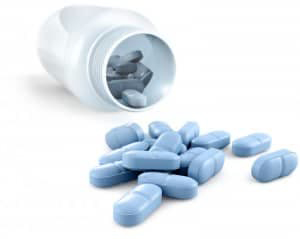 Viagra, the dream drug used to treat erectile dysfunction, could prove to be a nightmare for some men according to the results of a recent study. The results of a 10-year study reported in the June 2014 edition of the Journal of American Medicine (JAMA) found that men who take Viagra are at significant increased risk for melanoma, the deadliest form of skin cancer.

Researchers at the Harvard School of Public Health followed nearly 26,000 men with an average age of 65, 6% of whom were taking or had taken sildenafil, better known as Viagra, over a 10-year period. They found that men who had a history of taking Viagra had double the risk of developing melanoma compared with those who had never taken the drug, while men still taking Viagra had an increased risk of 84%.

Researchers are not calling for men to stop taking sildenafil based on the results of this single study, but they do make recommendations for men taking the drug, and their doctors.

If you already have an increased risk for melanoma based on your family or personal skin cancer history, and you take Viagra, talk with your doctor and be vigilant for signs of skin cancer. For doctors with patients taking Viagra, conduct a skin check and advise your patients of the increased risk of melanoma when taking Viagra so an informed decision on continuing the medication can be made.

Researchers cautioned the report does not prove that taking Viagra causes melanoma, only that there is some as of yet unknown biological effect that increases melanoma risk. Researchers recommend further study.

In the meantime, stay vigilant about your skin condition if you took or are taking Viagra, and communicate with your doctor about any changes.