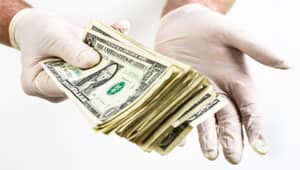 4,400 Claims; Some For Med Mal Claims You Simply Wouldn’t Believe…

According to the Dayton Daily News, reporters from the Cox Media Group analyzed federal treasury data from 2003 to 2012 and found that the VA paid out $845 million relating to 4,426 medical malpractice claims over that 10-year period. The types of VA malpractice claims varied by severity and hospital, but some claims were simply unbelievable.

According to records, the Marine vet had to have several teeth removed. VA doctors noticed that his blood pressure was dangerously low, but decided to move forward with the extractions. The patient had a stroke on his drive home and crashed his car only two-tenths of mile from the VA center he had just left. He is now brain damaged, struggles to walk, can’t communicate and requires around-the-clock care.

So many medical malpractice cases could have been avoided had doctors or other healthcare professionals followed the proper standard of care. This is especially saddening to see for the thousands of veterans who fought, or continue to fight, for our country. One injured veteran summed up his frustration in a way that other veterans would likely agree with, “We’ve seen battle. We’ve seen combat. [W]hy do we have to come back home and fight just to get proper medical care?”

Helping Veterans Get The Compensation They Deserve

If you’re a veteran who has been the victim of medical malpractice at a VA facility, contact an experienced veterans’ disability lawyer who understands how the Veterans Affairs process works – as it is very different than the traditional litigation process – and can analyze your situation to determine what types of compensation you might be entitled to, such as for lost wages, other VA benefits, physical pain and suffering, emotional distress, loss of consortium, loss of enjoyment of life and many others.