Why We Speed: The Top Three Reasons 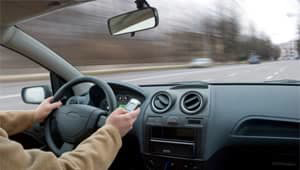 People have been speeding since the automobile was invented. Despite speed limits and costly tickets that increase insurance premiums, most people would admit to speeding at one time or another. While the reasons for speeding generally include running late, missing an appointment or just plain carelessness, the reality is that speeding contributes to over 30% of all traffic fatalities in the United States.

Speeding Contributes To Over 30% Of All Traffic Fatalities In US

Although most people who speed know that they shouldn’t, the issue is still rather an epidemic.  According to the National Highway Traffic Safety Administration (NHTSA), there were 32,367 traffic fatalities in the United States in 2011. Nearly a third of them, 9,944, involved speeding as a contributing factor.

it’s important to look at why we speed in the first place.

According to the Governors Highway Safety Association (GHSA) Survey of the States: Speeding & Aggressive Driving, the three main reasons why speeding accidents continue to be such a large percentage of accidents as a whole include:

Regardless of why and when we speed, most people simply don’t recognize the consequences of speeding until a serious accident occurs.

The Very Real Consequences Of Speeding & Getting The Compensation You Deserve

As the statistics above show, speeding results in thousands of deaths every year. However, it also contributes to hundreds of thousands of other accidents that result in serious injuries including traumatic brain injury, spinal cord injury, neck and back injury and much more.

When you’re injured in a car accident due to another driver’s negligence – such as speeding – you may be entitled to losses including:

Regardless of how your accident occurred, consulting with an experienced car accident lawyer can help you prove that you’re entitled to damages.

“This means the accident victim must show that, not only was the other driver unreasonably careless or broke the rules of the road, but that these bad decisions were the direct cause of the accident and your injuries,” according to Greg Bubalo, Managing Partner and Head Attorney of the Becker Law Office: .

If you’ve been injured in a car accident, you can generally obtain monetary damages by, 1) settling your case with an insurance company or, 2) through a personal injury lawsuit. The bottom line for either action is that the stronger your claim, the more likely you are to succeed.

In most cases, that includes evidence from police reports, eyewitness testimony, expert testimony from accident reconstruction experts and photos from the accident scene. Having an experienced car accident lawyer on your side can help you begin building your case to achieve your goals.

Tag: Why We Speed: The Top Three Reasons