Safer Cars? The Best and the Worst 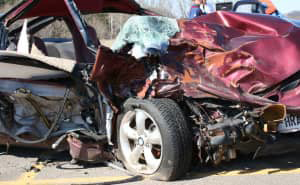 Good news for many motorists and a warning to others. New statistics released by the Insurance Institute for Highway Safety (IIHS) reveal that the chance of dying in a car accident has dropped by one-third over the last 3 years because of design and safety improvements in newer model vehicles, and whether you survive a car accident may depend upon the vehicle in which you are riding.

Although 33,561 died in motor vehicle related accidents in 2012, the IIHS estimates that 2012 saw 7,700 fewer driver deaths because of vehicle changes made since 1985. Motor vehicle accident death rate statistics from 1985 through 2012 show that better structural design, the addition of safety features, and the creation of different vehicle types, contributed significantly to the reduction in driver death rates. Safety features like driver, passenger and side air bags have improved survival rates in a motor vehicle accident and SUVs, once extremely dangerous because of the risk of rollover, are now some of the safest vehicles on the road because of their electronic stabilization systems.

Generally speaking, the larger the vehicle, the lower the death rate. The car with the highest driver death rate, the Kia Rio, is classified as a “mini” vehicle with 149 driver deaths per million registered vehicles, while all the safest vehicles have fewer than 6 deaths per million registered, and all are classified as either mid-sized, large or very large vehicles or are SUVs. Although death rates are down overall, there is a huge difference in the death rate depending on the size of the vehicle.

Did your car make the safest or least safe list?

Vehicles with the lowest driver death rate have less than 6 driver deaths per 1 million registered vehicles, and include:

Vehicles with the highest death rates include some of the most popular vehicles on the road like the Honda Civic and Ford Focus. Of the 19 vehicles on this list, 13 are small or mini vehicles, two are considered mid-size, and four large or very large vehicles including three Chevrolets and the Mercury Grand Marquis.

Vehicles with the highest driver death rate with more than 46 driver deaths per million registered vehicles include:

To improve your odds of surviving a car accident no matter in what vehicle you are traveling, the National Highway Traffic Safety Administration (NHTSA) recommends wearing a seatbelt or wearing a helmet if you are riding on a motorcycle. To reduce the number of car accidents nationwide, the NHTSA also recommends returning the maximum federal speed limit to 55 mph, and advocates using sobriety checkpoints and cameras on roadways and intersections to help incentivize drivers to slow down and obey traffic laws.