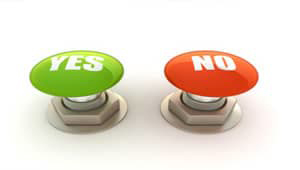 How important is it to have medical services available in Kentucky’s most rural areas? That’s the debate currently going on between the federal government and the Kentucky Hospital Association. The former wants to get rid of rural medical services to save on Medicare costs; the latter says that doing so will put approximately 44% of Kentuckians in danger of not receiving crucial medical care where they live.

Is Keeping Kentucky’s Rural Medical Centers Worth The Money?

That’s the question being debated now between the federal government and state and local authorities. Here’s a bit on both sides of the issue according to a recent article in Louisville’s Business First Journal:

The bottom line? Have the U.S. Centers for Medicare & Medicaid Services (CMS) seek the authority to decertify these rural hospitals to cut costs. The DHHS stressed that approximately two-thirds of the hospitals in question technically no longer meet the rural location qualifications.

The bottom line? Although some of the medical centers may not meet the technical definition of being in a rural location, they are still far enough away from larger hospitals, or in remote, mountainous regions, that they provide Kentuckians with important medical attention.

Wherever you stand on this particular issue, it’s clear that both sides can agree that receiving the proper medical attention, as soon as possible after being involved in an accident, can save your life.

Seeking The Help You Need Comes In Different Forms

Seeking the medical attention you need after being injured in an automobile accident, truck accident, a slip-and-fall injury or any other type of personal injury is always the most important thing to attend to first. However, many injuries result in the need for lengthy or lifelong care that can cause any family to struggle to make ends meet – especially when those injuries include traumatic brain injuries, spinal cord injuries or other injuries that can result in paralysis.

If you’ve been injured by someone else’s negligence, make sure you get everything you deserve. That’s where an experienced personal injury attorney can help to determine whether someone else’s negligence caused those injuries and whether you and your family might be entitled to compensation for medical bills, rehabilitation, future medical costs and care, lost income, physical and emotional pain and suffering and more.