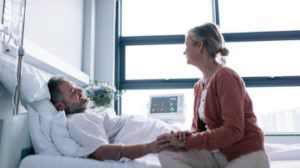 As the term implies, punitive damages are intended to punish wrongdoers for the harm they have caused. Punitive damages are not available in all cases. The Becker Law Office and our trial attorney associates at Bubalo Law PLC push to substantiate and maximize punitive damages when the facts of the case indicate that it is appropriate to demand that our clients receive this additional consideration.

What are Punitive Damages?

Black’s Law Dictionary defines punitive damages as ‘the costs that are awarded to a person due to negligence that has caused ‘personal injury’ or damage to ‘personal property. ‘ It is a payment by the person to the ‘injured party’ as a’ punishment’ for reckless behavior.’

Punitive damages are sometimes referred to as ‘exemplary damages.’ This term is used to denote that the payment is meant as an emphatic statement that society, as represented by the jury, will not tolerate the kind of outrageous behavior the defendant has shown.

Kentucky law (KRS 411.184) says ‘punitive damages’ includes exemplary damages and means ‘damages awarded against a person to punish and to discourage him and others from similar conduct in the future.’

Further, ‘A plaintiff shall recover punitive damages only upon proving, by clear and convincing evidence, that the defendant from whom such damages are sought acted toward the plaintiff with oppression, fraud or malice.’

Are Punitive Damages Capped in Kentucky?

In each state, a civil jury decides whether a plaintiff deserves punitive or exemplary damages and how much money will be awarded.

Kentucky law requires the jury to set the amount of punitive damages according to:

There are no limits, or ‘caps,’ on the amount of punitive damages awarded in Kentucky.

In Ohio, to award punitive damages, a jury must first determine the plaintiff deserves compensatory damages. Compensatory damages include payment for economic loss, or bills and other quantifiable payments or losses, plus noneconomic damages, such as for pain and suffering.

Then a jury will be asked to decide to consider whether the defendant’s actions were ‘intentional, malicious, and/or egregious’ and whether punitive damages are appropriate.

In most cases, Ohio caps non-economic compensatory damages at $250,000 or three times the amount awarded for economic losses, whichever is more.

Punitive damages in Ohio are capped at’ two times the amount of compensatory damages (economic and noneconomic), up to $350,000, whichever is less.

Why are Punitive Damages Awarded?

As we’ve seen, punitive damages are awarded when the party at fault in a personal injury lawsuit has been found to have acted outrageously with fraud or malice. The award is meant to punish the defendant and serve as an example to others.

In 2016, the Kentucky Supreme Court upheld an award of punitive damages against a hospital that had failed to stabilize ‘an uninsured and indigent paraplegic’ homeless man who came to the hospital’s emergency room twice over an 18-hour period complaining of extreme pain. In both visits, the man was discharged without being hospitalized. He died from a ruptured ulcer ‘a few hours’ after being discharged the second time.

The Court agreed that the evidence established that the hospital had ratified its staff’s misconduct, which warranted an award of punitive damages against it.

In the end, a jury that awards punitive damages must be convinced to do so by the evidence in the case and how persuasively it is presented to jury members and the court. That requires an experienced trial lawyer backed by an investigative team with the resources necessary to conduct a thorough examination of the accident and build a strong case.

To learn more about how the attorneys of the Becker Law Office can help you in Kentucky or Ohio after a serious accident and injury, contact us online or give us a call today to schedule a free no-obligation consultation. Our injury lawyers will listen to you and your needs, review your case, and develop a plan to get you all the money you deserve. Contact us now. (502) 333-3333