“Oh No, Flo! Say It Isn’t So!” Insurance Company Loyalty: Is It Only a One-way Street? 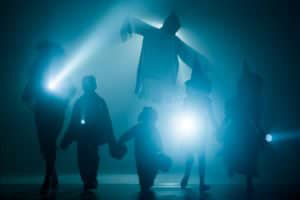 It’s been said there’s no such thing as bad press. Progressive Auto Insurance would probably beg to differ right now.

Progressive is in hot water with its customers and social media in general after a blog article was posted accusing Progressive of representing the killer of one of its own insureds. The case involves 24-year old Kaitlynn Fisher who was killed in an intersection collision in Baltimore in 2010 after a speeding black SUV ran a red light broad-siding her car and killing her instantly.

Progressive insured Kaitlynn. In addition to liability coverage, she also carried $100,000 in underinsured motorist’s coverage (UIM) with Progressive. UIM coverage protects you in the event someone crashes into you and they have inadequate insurance coverage to compensate you for the damages you suffer that they caused.

The driver of the SUV that killed Kaitlynn carried only $25,000 of liability coverage, which was paid to Kaitlynn’s estate. Under Maryland law, her estate could have then recovered another $75,000 from Progressive under her UIM benefits. When asked to pay the rest of the UIM policy after the SUV driver’s insurer paid its policy limits, Progressive denied the claim.

In order to collect the UIM coverage under her Progressive claim, Kaitlynn’s family had to sue the driver of the SUV in court and prove he was responsible for the accident even though his insurance company had already paid out on the claim. Not wanting to pay the claim, Progressive defended against Kaitlynn and argued SHE was at fault for the accident that took her life.

Matt Fisher, Kaitlynn’s brother and author of the blog that is causing Progressive its public relations nightmare, explained, “if you are insured by Progressive, and they owe you money, they will defend your killer in court in order to not pay you your policy.”

Despite Progressive arguing its own insured was at fault, the jury found in Kaitlynn’s favor and awarded her estate over $700,000. Of that amount, Progressive is only responsible for paying  $75,000 under the UIM policy but to date, still nothing has been paid on the claim.

Needless to say, reaction on social media has been swift and furious against Progressive. How could an insurance company argue its own insured is at fault in order to get out of paying a claim?

People are rightly outraged at Progressive’s response to this case – but many wrongly believe it is an uncommon practice.

Unfortunately, Becker Law Office sees this kind of behavior from insurance companies all the time, and not only from Progressive. People pay their insurance premiums and trust that they are covered if they are ever involved in an accident. All too often, however, they end up shocked when their own insurance company denies a valid claim or drags out the process in order to achieve a cheap payout.

“Loyalty should be a two-way street, but not to insurance companies. Insurance companies have loyalty only to their corporate stockholders and their bottom line,” – Becker Law Office Managing Partner.

As Renfro explained, “[T]his case illustrates why it is so important to maintain our constitutional right to a trial by jury, and why the jury system works and needs to be preserved. The jury did right by Kaitlynn, but had her family not had recourse through a jury trial, Progressive would have walked away without paying the money it should have paid. ”

Insurance companies spend a lot of time and money marketing their services. They attempt to appear forthright and likeable by presenting themselves as your caring neighbor, a quirky salesgirl or a talking amphibian with a dry sense of humor. But all of these friendly manifestations beg the question: will insurance companies really fight for their insureds, or do they care more about the almighty dollar than doing what is right?

Renfro concludes, “When it’s time to pay a claim, insurance companies all too often wreak ‘mayhem’ on their own insureds.”