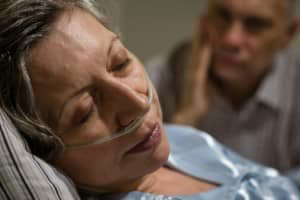 When nursing homes fail to provide a certain standard of care, they must be held responsible. But doling out the same fine to each home accused of withholding quality care doesn’t make sense. The penalties must be tailored to the violation, the home’s history, and many other factors. An investigation by ProPublica, an independent investigative journalism organization, reveals that the penalties vary from state to state,with Kentucky seeing more than its share of both deficiencies and fines.

Across all states, Kentucky ranks the highest for serious deficiencies per home, according to the ProPublica database. There are some 1.34 serious deficiencies on average per nursing home in Kentucky. That’s compared with Hawaii, Guam, and Delaware, which all had zero.

Everyone can agree that nursing homes that put residents at risk of injury (or abuse and neglect) need to be held responsible. Sometimes a combined effort from state and federal authorities, and even patient advocates and family members, is needed to get a nursing home facility to take note and change its ways.

When it comes down to it, we aren’t just talking about fines and deficiencies, but resident safety and dignity.

Nursing home residents in Kentucky deserve to receive attentive care and be treated with dignity. When nursing homes fail to provide adequate staffing or fail to deliver the care residents are entitled to, they should be held accountable. Families that suspect a loved one has suffered harm while in the care of a nursing home should discuss their concerns with a nursing home abuse lawyer experienced at handling these cases.