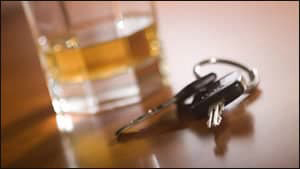 To help eliminate what it describes as the “national epidemic” of drunk driving, the National Transportation Safety Board (NTSB) recommended that states lower their legal blood alcohol content (BAC) standard from 0.08 to 0.05. The Board contends 500 to 800 lives will be saved each year if the BAC standard is lowered.

Drunken driving-related deaths account for one-third of all driving deaths annually in the United States, or around 10,000 people each year. The NTSB hopes that reducing the BAC standard can erase drunk driving deaths altogether. “Our goal is to get to zero deaths because each alcohol-impaired death is preventable…[they are] not accidents, they are crimes…[that] can and should be prevented,” according to NTSB Chairwoman Deborah Hersman.

The NTSB has found little support from entities you might otherwise expect would back such a recommendation.  Mother’s Against Drunk Driving (MADD), AAA and the National Highway Traffic Safety Administration (NHTSA) all declined to endorse the 0.05 recommendation although the NHTSA did agree to work with any states to supply the information necessary to lower its BAC legal standard.

Strong resistance is expected from the states since they such took a long time to embrace the current BAC standard of 0.08. And not surprisingly, alcohol-related industries like distillers, bars and restaurants do not support the measure. Industry spokespeople contend that 0.05 would be reached after the average woman has only one drink, and argue that the focus should be on persistent DUI offenders and those with higher BAC levels, not on the casual consumer.

Advocates point out that lowering the BAC standard to 0.08 helped reduce drunk driving-related deaths from an all-time high in 1982 of more than 21,000 deaths to around 10,000 deaths annually now. Another study showed that a BAC level as low as 0.05 still caused cognitive impairment and that more than 100 countries around the world have a BAC level of 0.05 or lower.

Several other NTSB recommendations were made in the effort to reduce alcohol-related accidents and deaths. It renewed recommendations to require all DUI-convicted drivers to install an ignition-locking device in their cars that will prevent the car from starting if the in-car breathalyzer exceeds the legal BAC limit, and to grant police greater authority to immediately seize an impaired driver’s license if their blood alcohol content exceeds a certain level.

The NTSB has no legal authority to impose regulations or to change states’ BAC standards but rather is an independent agency that makes safety recommendations and tries to spur action at the federal, state and local levels.  States choose their own legal BAC standards so to persuade states to make a change, the NTSB also recommended financial incentives from the NHTSA to those states that lower their BAC levels.

At the Becker Law Office, we have all too often seen the devastating after-effects of drunk driving and support the efforts to make Kentucky roads safer for all our citizens. If a drunk driver has injured you or a loved one, call the Becker Law Office. We have the experience to help you get the compensation you deserve.