Smartphones have proven such a driving distraction that many states have prohibited drivers from sending or receiving text messages while operating a vehicle. Some states have gone further, banning any use of hand held cells phones while behind the wheel.

Apple recently introduced the Apple Watch as the newest entry in the wearable technology category. A smartwatch is basically a small computer strapped to a person’s wrist.  In addition to telling time, smartwatches provide wearers with alerts of incoming calls, texts, instant messages, and social network updates.

Phone calls and alarms are signaled by a consistent throbbing feeling, according to a nytimes.com article. A massaging feeling on the wearer’s wrist lets a wearer know a text arrived, and a plucking sensation provides the wearer with a reminder of a calendar appointment.

Researchers at the U.K. Transport Research Laboratory who studied the smartwatch, found that it would take two-thirds of a second longer for someone to react while looking at a smartwatch than at a handheld cell phone, according to a blaze.com article. 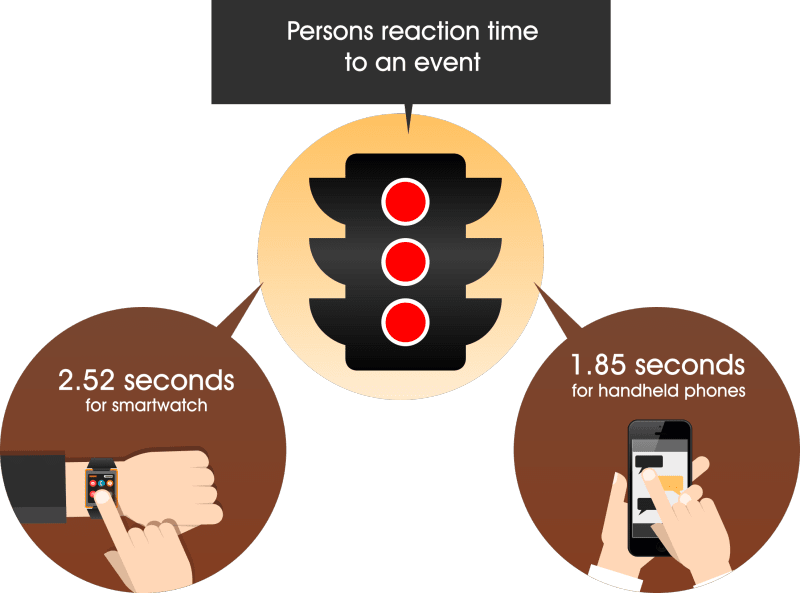 The researchers found a person manipulating their smartwatch needs 2.52 seconds to react to an event, as opposed to 1.85 seconds for those using handheld phones.

Drivers often have to make split-second decisions when a person pulls into their lane, steps into the street, or a piece of debris flies into the roadway. The fact that it could take a person 2.52 seconds to respond after looking at a smartwatch creates a dangerous situation for them and motorists around them.

No keyboard is available for typing text or email messages. Instead, the user can draw or tap a set of default answers.

Apple’s smartwatch also uses the voice assistant Siri, but the writer reviewing the watch in the New York Times article calls this a “hit-or-miss” proposition.

What the Nation is Doing 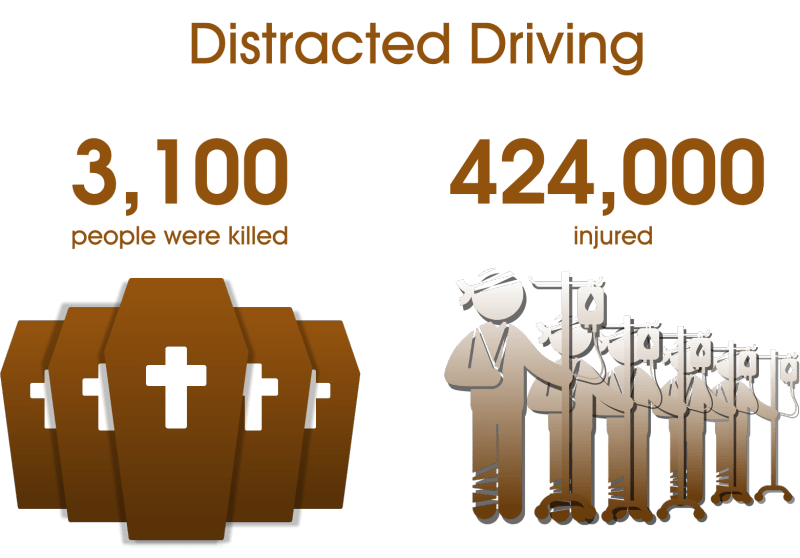 Distracted driving is increasing problem on our highways. In 2013, more than 3,100 people were killed and 424,000 injured in crashes involving a distracted driver, according to Distraction.gov, part of the National Highway Traffic Safety Administration.

Just as some states discussed bans on Google Glass, a tiny computer mounted on a pair of eyeglasses, the smartwatch could exacerbate the problem of distracted driving once the technology catches on.

Paul Singh, CEO of SmartWitness, a car safety group, said in a Huffington Post article that no state had taken steps to restrict driver’s use of the smartwatch, though the technology may be more distracting than a smartphone. Singh called for transportation regulators to put a blanket ban on all drivers accessing messages and calls while driving, regardless of the type of wireless device.

In addition, 45 states, D.C., Puerto Rico, Guam, and the U.S. Virgin Islands prohibit text messaging for all motorists, and almost all of those allow law enforcement officers to use it as a primary means to make a stop.

Kentucky prohibits text messaging for all drivers and bans all cell phone use by bus drivers and young motorists.

Despite increasing restrictions on texting while driving, 71 percent of young people admit to sending a text while driving and 78 percent say they’ve read text messages while behind the wheel, according to the NHTSA.

These risky habits are hardly confined to teenage drivers. Forty-nine percent of drivers under 35 say they text while driving, distraction.gov reports. But the statistics are likely to get worse as the younger generation ages, causing greater chances of distraction-related car crashes. 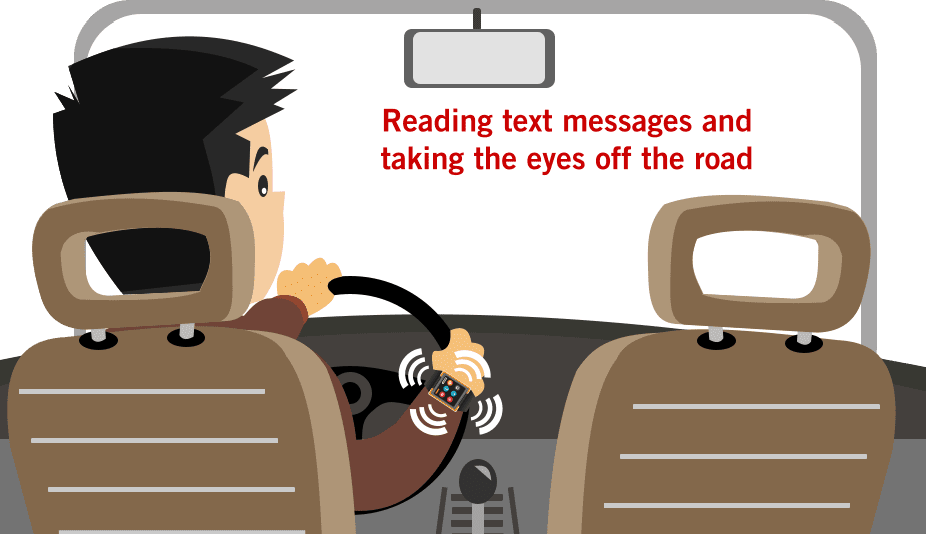 Taking the eyes off the road is only one problem associated with texting and driving. In order to be completely focused on the task of driving, the motorist must keep his or her hands on the wheel and mind on the roadway.

Fumbling with a smartwatch or talking to Siri and answering messages could distract the driver just long enough to cause a serious crash. Distraction.gov reports 3,154 people died and another 424,000 were injured in 2013 in wrecks involving distracted drivers.

Nationwide, at any given time of day, some 660,000 drivers are using cell phones or electronic devices. Adding smartwatches to the equation will only increase the risk of car accidents.