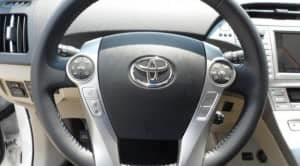 Millions of defective vehicles were recalled in April 2014 for safety problems that could increase your risk of being involved in an accident, or not being protected if you are involved in one. Check out these recalls to see if any of your vehicles, or those of your loved ones, may be affected.

Here is a list of the 27 models involved, and the different safety recalls for the different vehicles: https://money.cnn.com/2014/04/10/pf/autos/toyota-recalls/index.html?iid=EL

This is the second massive recall for Toyota this year that already recalled 2.1 million vehicles in February over a software glitch that could cause vehicles to stop without warning.

Mercedes-Benz USA is recalling over 250,000 of its 2008-2011 C-class vehicles because of faulty taillights. Bulbs and connectors may become corroded over time and cause taillights to dim or fail, increasing the risk of a crash.

Repairs will be made free of charge to owners, but parts will not be available until August or September.

BMW of North America is recalling 156,137 vehicles over possible engine stalls due to loosening camshaft-housing bolts. Sudden engine stalls increase the risk of a crash.

Bolts will be replaced free of charge once the recall starts later in May.

General Motors issued several recalls involving multiple GM models. GM has recalled nearly 7 million vehicles already this year including 2.6 million vehicles recalled in February 2014 over a deadly ignition switch defect that is responsible for at least 13 deaths and 31 accidents, and for which GM admits it first knew of problems in 2001.

In GM’s most recent recall, 50,571 2013 Cadillac SRX vehicles with 3.6L engines are being recalled to address a three to four second acceleration lag that may increase the risk of a crash.

GM dealers will repair the transmission control module free of charge but GM does not know when repairs will begin.

Recall number 14007 involves 51,640 additional GM vehicles. 2014 Buick Enclave, Chevy Traverse and GMC Acadia vehicles are recalled to correct software problems that may cause an incorrect fuel gauge reading. The vehicles may stop or stall without warning because of the incorrect fuel reading, thereby increasing the risk of crash.

Affected owners have different safety hotlines depending upon your make and model:

At least GM seems to be making timelier recalls since the two most current involve 2013 and 2014 models. Let’s hope this is a timely recall trend that continues for GM.

Mazda recalled 19,000 of its 2014 Mazda6 vehicles because a defective fuel gauge may cause the fuel tank to overflow, increasing the risk of fire.

Mazda will repair the recalled models by adding an adapter on the fuel tank shut-off valve to prevent overflow.

Honda announced it is recalling nearly 25,000 2014 Odyssey mini-vans because a manufacturing defect may cause passenger-side side curtain air bags not to deploy in a crash. Honda will make repairs free of charge beginning in early May 2014.