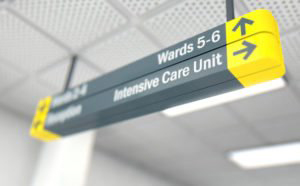 Kentucky’s new medical review panels are only one year old, but they have already accomplished their primary goal: to delay malpractice claims and deny justice to people injured and killed by medical error and negligence.

The new law, sponsored by Republican lawmakers, requires people in Kentucky to submit malpractice claims to a panel of medical practitioners before they can file a lawsuit.

Known as the Medical Review Panel Act of 2016, lawmakers promised the new law would cut down on ‘frivolous’ lawsuits, and reduce the cost of liability insurance for medical providers but neither promise has been kept. Instead, the panels have succeeded only in causing years-long delays for claims of injured people and their families.

Which Medical Professions are Subject to Review Panels?

Under the new law, Kentuckians must present any potential medical malpractice claim first to a review panel before filing a lawsuit. And these review panels are not limited to claims only against doctors, but also covers potential negligence claims against these medical professionals:

What are Medical Review Panels?

Each panel is made up of one non-voting lawyer, and 3 practitioners who, after reviewing evidence in the claim, vote on whether the defendant failed to meet the standard of care in their industry, and whether that failure caused the resulting injury. The practitioners are not necessarily from the same medical professional as the defendant but can be from any of the medical professions subject to medical review panels so 3 dieticians could decide a malpractice case against an orthopedic surgeon. Regardless, the findings are not binding on either party, although they can be presented as evidence in a formal lawsuit.

Opponents of the law question why the medical review panels are necessary at all if the finding of the panel is not binding on any parties. The only thing the panels are accomplishing is delaying someone’s ability to seek justice in the courts as provided by our Constitutional right to trial by jury. And the data from the first year of medical review panels support this conclusion.

According to an analysis by The Courier-Journal of records from their first year, only 3% of cases filed before medical review panels were decided. Of the 531 claims filed since the law went into effect June 29, 2017, only 58 cases, or 11% of those claims, have been assigned to a panel. Within the 58 assigned cases, 13 cases have been decided, 18 claims are pending, and 27 were withdrawn, dismissed, or settled. That leaves 415 claims still sitting and waiting to be assigned. Still waiting for a hearing. Still waiting for a decision from the panel before a lawsuit can be filed.

The question of whether medical review panels violate our constitutional guarantees of trial by jury was just argued before the Kentucky Supreme Court on Wednesday, August 8, 2018.

Despite Judge Shepherd’s ruling, the Court of Appeals allowed the law to go into effect while the case is on appeal to the Kentucky Supreme Court.

The attorneys arguing the case before the Kentucky Supreme Court on behalf of the young mother contend medical review panels are unconstitutional because they restrict the right to jury trial, which violates the Kentucky Constitution guarantee that the right to jury trial is sacred, and will not be restricted. They argue because medical review panels cause at least a nine-month delay, not to mention additional expenses, this unequivocally restricts a claimant’s right to a jury trial, and is, therefore, in violation of the Kentucky Constitution.

They also argue the panels violate the equal protection clause because panels are not required of all professions when negligence is alleged, but protects only those in the medical profession.

Right to Trial by Jury is Under Threat

Make no mistake: this law is not an attempt to smooth the medical malpractice claim process, weed out meritless claims, or reduce the cost of liability insurance for medical providers. Medical review panels are the first bold step toward the attempted erosion of our right to jury trial, guaranteed in both the United States and Kentucky Constitutions. We must return the process of deciding these types of claims where our forefathers originally placed it with the courts. Medical review panels are an unconstitutional power grab of the most basic function of the courts: to hear disputed claims in a court of law, and provide timely resolution of those claims between the parties.