Medical Malpractice Lawsuits Are Often About What Wasn’t Done 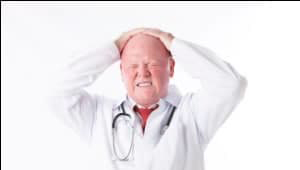 Medical malpractice lawsuits can be filed against licensed healthcare professionals who deviate from certain standards of care. While most people think that equates to performing surgery on the wrong person or performing the wrong surgery on the right person, medical malpractice lawsuits are often about what wasn’t done at all.

Case In Point: Lexington KY Veteran Treated For HIV He Never Had

A Lexington, Kentucky veteran had been treated for HIV (Human immunodeficiency Virus) for eight years. However, according to a recent article in Kentucky.com, he never actually tested positive. Doctors at the University of Kentucky Medical Center and its Bluegrass Care Clinic and Fayette County Health Department never “officially” tested the 43-year-old veteran to see if he was suffering from AIDS (Acquired Immunodeficiency Syndrome). They just told him that he was when treating him for an unrelated colon issue.

The false positive HIV diagnosis changed the veteran’s life. He pushed away friends and family (especially his young nieces and nephews) so they wouldn’t have to see him dying. He even considered suicide as a way out. For eight years, he took the drug cocktail HAART (highly active antiretroviral therapy) and lived the best he could – always waiting for the worst.

He would still be in this situation today except that the Department of Veterans Affairs (VA) requested paperwork showing that a full spectrum of HIV testing was conducted in order to approve his VA benefits. It never was, and it turned out that the man never had AIDS. The veteran filed a medical malpractice lawsuit against the healthcare professionals who gave him the incorrect diagnosis, but says that his lawsuit is not about the money. He stated:

This has been the most traumatic event for me. The worst. I’m not so sure the next person can be as strong as I have to be able to stand up and fight for what they believe in. If it saves one person, it’s worth it.

Has Medical Malpractice Affected Your Life?

If your doctor, hospital or healthcare professional made a mistake during your treatment or incorrectly diagnosed your situation, you may be a victim of medical malpractice.

Whenever healthcare professionals fail to properly treat a medical condition and accidentally cause or aggravate a patient’s injury, they will be held to a general “standard of care.” If it is determined that they varied from that standard, they may be liable for the damages caused by their medical malpractice.

However, proving that they deviated from that standard is not always easy and generally requires extensive research and expert testimonies. An experienced medical malpractice attorney can explain how the process works, analyze your situation and determine whether you might be entitled to compensation.

That being said, it’s important to keep in mind that your time to do so may be limited due to the statute of limitations. According to Greg Bubalo, Managing Partner of the Becker Law Office, “Many states place a time limit on how long you have to file a medical malpractice claim. These time limits vary depending on where you file your case and the details of your specific situation. So, it’s crucial to speak with an attorney as soon as possible so that you don’t lose that opportunity.”