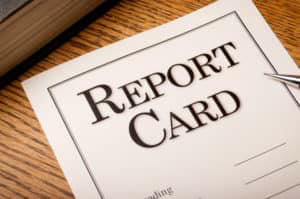 The goal of the survey is two-fold, according to Leapfrog President and CEO Leah Binder, “to alert consumers to the hazards involved in a hospital stay and help them choose the safest option. We also hoped to galvanize hospitals to make safety the first priority day in and day out.”

Leapfrog examines 30 different performance standards along with voluntary hospital surveys, safety data from the Centers for Medicare and Medicaid Services (CMS), and a survey by the American Hospital Association. Leapfrog evaluates only general acute care hospitals and not specialty hospitals, VA hospitals, or smaller hospitals in rural areas.

For its Spring 2017 report, Leapfrog evaluated 2639 hospitals nationwide and assigned safety grades ranging from “A” to “F” after evaluating 30 different performance measures. From that number, 823 hospitals earned an A, 706 hospitals rated a B, 933 earned a C, 167 were graded a D and 10 received an F.

Just as they did in the Fall 2017 survey results, no Louisville-area hospital earned an “A” grade, although of the 52 Kentucky hospitals evaluated, 12 hospitals did earn an “A”. Even though Louisville-area hospitals did not score exceptionally well, improvements in safety scores from hospitals around the Commonwealth helped improve Kentucky’s nationwide rank from 37th to 33rd since the Fall 2016 survey. Indiana ranks 27th in the nation in hospital safety.

Louisville-area Hospitals with a B grade

Louisville-area hospitals with a C grade

*Baptist Health Louisville, formerly known as Baptist Hospital East, received a “B” during the Fall 2016 evaluation

Louisville-area hospitals with a D grade

Sts. Mary and Elizabeth Hospital and Jewish Hospital ranked worst in the country for serious breathing problems while University of Louisville Hospital ranks last for its prevention of MRSA infections, a hospital-acquired staph infection that is resistant to most antibiotics, and which can cause life-threatening problems including pneumonia, and blood stream and surgical site infections.

If you are not involved in an emergency situation, take the time to research all hospital options available when choosing a hospital for yourself or your loved one. Safety standards matter and whether a hospital is investing its attention and resources to patient safety can be a matter of life and death.

Follow this link to review results for the Spring 2017 survey: