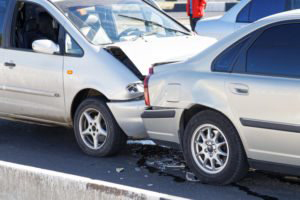 As Lexington, Kentucky continues to grow, so do its traffic problems. The Lexington Police Department just released its 2017 annual traffic report and it reveals that the increasing number of traffic collisions each year is a huge concern for the second largest city in the Commonwealth.

2017 was the fifth straight year Lexington experienced an increased number of traffic accidents. The total number of collisions in 2017 was 17,105, which although only up 0.25% from 2016, was a substantial increase from 2014, which recorded 14,551 collisions. Those 17,105 collisions caused 2401 injuries and 35 fatalities. The most likely type of crash was a rear-end collision which accounted for almost one-third of all accidents in 2017, or 5681 accidents.

What’s to blame for the steady climb in collisions?

Data failed to identify one huge factor to blame for the increase in collisions, but a combination of driver inattention and distraction accounted for almost 22% of all collisions, or more than one-fifth of the total number of crashes in 2017. Cell phone use was involved in 203 collisions, up 17.3% over the past year, while distracted drivers were responsible for 1,439, an uptick of 7.9% over 2016.

Break down of factors causing collisions in Lexington in 2017 include:

What’s the most dangerous place to drive in Lexington?

Certain intersections in Lexington see more collisions that other areas in town. East New Circle Road between Palumbo Drive and Woodhill Drive receives the distinction as most dangerous place to drive in Lexington with 56 recorded accidents in 2017. The number of accidents in this location is not surprising, however, as it averages over 60,000 vehicles daily.

Additional areas in Lexington with a high number of crashes are Newtown Pike between Aristides Blvd. and Sugar Maple Lane with 38 crashes in 2017, followed by Man ‘O War Blvd. between Alumni Drive and Easthill Drive with 37 crashes.

The only good news in the report was a decrease of 14.77% in collisions where the driver ran a red light. This type of vehicle collision most frequently occurred at the intersection of East Vine Street and Rose Street.

There are many things you can do to be pro-active in your driving safety habits to help avoid collisions, and becoming another crash statistic.

If all of these tips fail to work, and you are involved in a collision, and suffer injuries due to someone else’s negligence, find a well-qualified and experienced attorney to navigate your claim and help you get the compensation you deserve for your injuries and personal property damage.