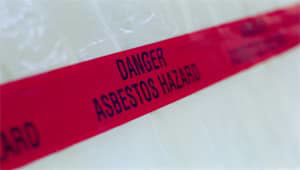 Toxic exposure is not something most people think about in the context of being a danger – at least not to them personally. Most people would not know what to do if exposed to a toxic substance.

With FEMA monitoring the drill, students went through a simulated decontamination process and learned how to make shelters. Scary? You bet. Could it ever really happen? According to Steve Horwitz of FEMA, “We wouldn’t have the exercises otherwise, if it weren’t a possibility. [It’s] a remote possibility. But you can’t rule it out all together.”

This is especially true for Kentucky residents who live in and around the Richmond area. The Blue Grass Army Depot contains 523 tons of toxic agents, including more than 400 tons of sarin and VX, the most deadly of all chemical weapons.

A $35 billion chemical weapon destruction plant is under construction at the Blue Grass Army Depot.

But the chemical weapons inside won’t be eradicated until 2013 – meaning that Kentuckians who live in the area won’t feel completely safe for another 10 years. While all this may sound like a science fiction novel, there’s another toxic substance that’s already affected tens of thousands of Americans – and continues to do so.

Toxic exposure comes in many forms, including the chemical weapons mentioned above and a much more common toxin – asbestos.

According to Greg Bubalo, Managing Partner and Head Attorney of the Becker Law Office, “Millions of Americans who have been exposed to asbestos since the 1950s are just now being diagnosed with mesothelioma, asbestosis, lung cancer or pleural disorders. In many cases, victims of asbestos exposure simply don’t find out until the cancer is advanced. Asbestos manufacturers, distributors and sellers must be held responsible for their disregard for safety.”

It is estimated that asbestos exposure is responsible for approximately 3,000 deaths every year. If you or a loved one has been diagnosed with any of these illnesses, it’s important to seek the counsel of an experienced asbestos attorney to evaluate your situation and determine if you might be eligible for compensation for medical bills, lost income, physical pain and suffering and more.