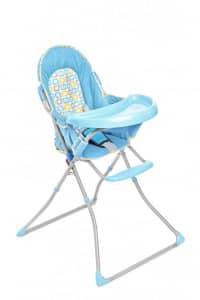 The FDA warned surgeons in April against using power morcellators to remove uterine fibroids and perform hysterectomies because of the risk of spreading unknown cancer cells when using the devices as we reported in our June 6th blog. This week, Johnson & Johnson (J & J), which controls about 72% of the power morcellation market, issued a worldwide voluntary recall of all its morcellators because of this risk, and has asked surgeons to return the devices.

Morcellators are powerful shredding devices used during laparoscopic procedures to cut up tissue into smaller pieces for easy, less invasive surgical removal with quicker recovery and less chance of infection. Power morcellators are frequently used for hysterectomy or to remove uterine fibroids but 1 in 350 women have unknown uterine cancers called sarcomas that are nearly impossible to detect prior to surgery which can be spread throughout a patient when power morcellation is used.

J & J suspended all sales, marketing and distribution of its power morcellators after the FDA warning was issued and although the FDA has not released its investigative findings, J & J just issued a worldwide voluntarily recall of all its Ethicon power morcellators, and is asking its clients to return the devices.

We applaud J & J for its bold step in voluntarily removing a potentially dangerous device from the marketplace while further investigation is done. We can only hope that other product, device, automobile and drug manufacturers follow suit and adopt the same philosophy putting consumers and their safety ahead of profits.

Since the FDA has not ordered a total recall of all power morcellators on the market, some may still be in use despite the FDA warning against them. If your surgeon recommends hysterectomy or uterine fibroid removal, ask how it will be done and whether a power morcellator will be used. Discuss your concerns, ask questions and make an informed choice before agreeing to any medical procedure.