Home
Blog
Have You Been Exposed To Asbestos

Have You Been Exposed to Asbestos? 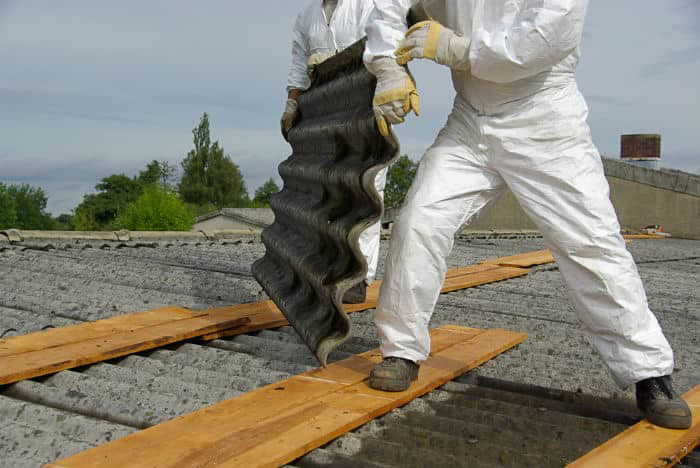 Many people in Kentucky have been unknowingly exposed to asbestos, a mineral fiber that causes cancer. Asbestos was commonly used in building materials, automotive clutches and brakes, insulation, gaskets and many manufactured goods for much of the 20th century.

Workers in certain industries that regularly used asbestos in Kentucky and veterans of the armed services, particularly Navy veterans, are at a higher risk of developing respiratory diseases including mesothelioma, a type of cancer.

People who inhale or swallow asbestos fibers are at risk of developing mesothelioma. When inhaled, the tiny particles may penetrate deep into the lungs and remain there for decades. You may have inhaled asbestos without being aware of it.

The development of the disease depends in part on the length of exposure and amount of asbestos a person inhaled and individual risk factors such as whether someone also smoked.

Symptoms of mesothelioma typically appear 10 to 40 years after exposure to asbestos, according to the American Cancer Institute, making it more difficult to identify. Common symptoms include shortness of breath, difficulty breathing, a cough that gets worse over time, tightness in the chest and chest pain.

It is a difficult disease to diagnose and in many instances, doctors do not confirm a diagnosis until the cancer is advanced. Chest x-rays are commonly used to identify abnormalities in the lung. There is no known cure for malignant mesothelioma, but doctors use chemotherapy and surgery to slow the advance of the disease, particularly if the cancer is detected at an early stage and the patient is healthy enough to undergo surgery.

In addition to mesothelioma, exposure to asbestos may lead to lung cancer and asbestosis, a non-cancerous scarring of the lungs that causes respiratory problems, according to the Kentucky Department of Environmental Protection.

Companies that made products containing asbestos knew or should have known of the harm caused by the products. Manufacturers have a legal responsibility to provide adequate warning of known hazards, but asbestos manufacturers failed to do so. Asbestos manufacturers put profits ahead of public safety, and they should be held accountable for the harm they caused families.

People who have been diagnosed with mesothelioma may bring a claim against a manufacturer who supplied products containing asbestos to a particular industry. Typically, claims are brought against asbestos manufacturers rather than individual employers.

A knowledgeable mesothelioma claims attorney investigates the source of exposure and gathering the evidence.

Most people in Kentucky who develop asbestos were exposed to asbestos in a workplace or in the military. Certain occupations have a higher risk of exposure to asbestos and consequently a higher incidence of mesothelioma, according to the National Cancer Institute.

People whose jobs brought them into contact with products that contained asbestos such as automobile mechanics, insulation installers, boiler room workers, miners and demolition workers may have been exposed to high levels of asbestos fibers. In earlier decades, it was more common for workers not to wear respirators or breathing protection.

Many buildings built before the 1980s have asbestos insulation. During building renovations or remodeling, construction workers may encounter asbestos, causing it to become airborne.

Older buildings are more likely to have been built with materials containing asbestos. As the buildings are demolished, asbestos fibers enter the air and could be inhaled by demolition workers if asbestos materials aren’t removed prior to demolition. Similarly workers cleaning up damaged or destroyed structures after natural disasters may be exposed to asbestos.

Because it was heat resistant, asbestos was used in many auto parts such as brake pads and linings, clutch facings, and gaskets in earlier decades. Automobile and aircraft mechanics may be exposed to asbestos dust when repairing a vehicle and replacing parts.

Many companies included asbestos as part of their drywall compounds from the 1950s to the 1980s. When a remodeling project entails replacement of drywall, workers may encounter asbestos if the drywall was made before 1980s.

People who tended boilers and furnaces may come in contact with asbestos, which was commonly used as insulation due to its heat resistant capabilities.

Many power plants and utility plants were built during the era when asbestos was widely used as insulation wrap on pipes. Utility workers are more likely to encounter asbestos dust on the job.

Family members of people who worked around asbestos can also be exposed to asbestos fibers brought home on a family member’s work uniform, clothing or hair. There are numerous cases of malignant mesothelioma diagnosed as a result of secondary exposure to asbestos such as a woman who laundered her husband’s asbestos-contaminated clothing.

Most products today do not contain asbestos, fortunately. But the consequences of asbestos exposure are long lasting. People are still developing mesothelioma based on exposure in the 1970s, 1980s and 1990s because of the lengthy period between exposure and the onset of symptoms. Approximately 2,500 to 3,000 people are diagnosed with mesothelioma each year.

Mesothelioma victims and their families may be entitled to seek compensation for their medical expenses, lost income, physical and emotional pain, and loss of affection. 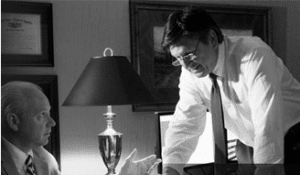 A Kentucky mesothelioma attorney at Becker Law Office can review the specifics of your diagnosis and advise you of your legal options. Then you can make a well-informed decision with your family’s financial future in mind. We can document your exposure and gather the information necessary to file a claim while you focus on your health.