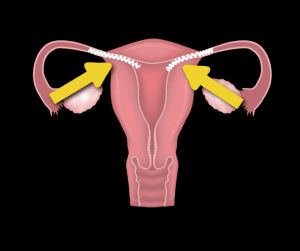 After filing thousands of reports and waiting years for federal health regulators to address their mounting health complaints, women injured by the permanent birth control device Essure finally got a woefully inadequate response from the U. S. Food and Drug Administration (FDA) which refused to remove the medical device from the market while making only three recommendations.

Essure is a permanent birth control device first approved for use by the FDA in 2002 for women ages 21 to 45 years old. Marketed as a safe and effective, less expensive non-surgical permanent birth control alternative to surgical tubal ligation, the procedure is done in a doctor’s office in less than 15 minutes and requires the insertion of two nickel-titanium metal coils into the fallopian tubes, and over a period of 90 days, develops scar tissue in the fallopian tubes thereby preventing pregnancy.

Since its approval in November 2002 through May 2015, the FDA has received more than 10,000 adverse events reports from women injured by Essure complaining of a multitude of problems including unusually heaving bleeding, chronic pelvic pain, painful intercourse, hair loss, weight gain, mood disorders, cramping, chronic fatigue, allergic reactions to nickel in the implant, unplanned pregnancies, miscarriages, and stillborn births. Some women have suffered organ perforations after the devices moved out of place requiring additional surgeries to remove the slipping devices.

The FDA convened a public meeting in September 2015 during which women injured by Essure testified to a myriad of health problems and complications following Essure implantation, pleading that the device be removed from the market. Instead, the FDA announced three recommendations on February 29, 2016:

Women injured by the device want it taken off the market, and are furious at the FDA decision. A Facebook group of thousands of women negatively affected by Essure called Essure Problems responded, “These studies could take several years, and leaving the device on the market will only put more women’s lives at risk.” The group also rightly questions why device manufacturer Bayer AG, which has a vested interest in the device remaining on the market, and not an independent organization, is conducting the additional safety studies.

Congressman Mike Fitzpatrick (R – Pa.), echoes these sentiments calling for Essure’s removal from the market, and has introduced the E-Free Act demanding revocation of its FDA approval. “It’s unbelievable that it took the FDA since September [2015] to make just two recommendations with no enforcement measures and [to] ask the manufacturer to perform another study while leaving Essure on the market,” he said. Congresswoman Rosa DeLauro (D – Conn.) concurred arguing, “Essure should be off the market until the requested studies are completed.”

Bayer AG contends despite thousands of complaints, the device is not defective, and the benefits outweigh the risks. The FDA agrees, “Essure remains an appropriate option for the majority of women seeking a permanent form of birth control.”

The FDA will allow public comment on their Essure recommendations for a period of 60 days beginning March 4, 2016. Here are the FDA instructions for how to comment:

“Go to www.regulations.gov, then copy and paste the docket number: FDA-2016-D-0435 in the search field. The comment period will be open for 60 days following its release (until May 3, 2016). After the comment period closes, the FDA will review all comments, make necessary changes and issue a final guidance.”

You can also file an Adverse Event report with the FDA at .

If you or a loved one are suffering health complications following Essure implantation, our experienced attorneys are here to answer your questions.