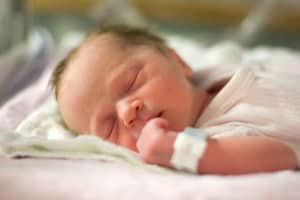 Unexpected birth injuries caused by medical malpractice can change a family’s life forever – in the course of only a few moments. That’s what happened to a Pennsylvania family, and a jury recently awarded them $55 million to pay for the care their son will need for a lifetime.

According to the Insurance Journal, doctors at St. Luke’s University Hospital in Bethlehem, Pennsylvania were monitoring the delivery of Mark and Sharon Crowell’s son Matthew. However, the doctors ignored signs that Matthew was not getting enough oxygen during the birthing process and failed to perform a cesarean section, which would have allowed the child to receive the oxygen he needed. As a result, Matthew now suffers from Cerebral Palsy and has severe developmental delays.

The Crowells filed a medical malpractice lawsuit against the hospital and treating physician for Matthew’s injuries.  A jury awarded them $55 million – much of which will be used to care for the child for the rest of his life.

According to the Centers for Disease Control & Prevention (CDC), approximately one in every 33 babies is born with a birth defect every year. While some of those defects cannot be prevented due to genetics, many others – such as what Matthew Crowell suffered – can be.

Matthew now suffers from Cerebral Palsy, a complex brain injury caused by a lack of oxygen to the brain or from an infection that can damage the brain. Often linked to preventable medical errors, Cerebral Palsy can cause cognitive defects, seizures, spastic movements in the extremities and the inability to eat or breathe without a ventilator.

Doctors, nurses and other healthcare professionals are held to a standard of care when performing their duties.  When they deviate from that standard of care, as Matthew’s doctor did, they can be held liable for medical malpractice for the birth injuries caused by their negligence.

A Lifetime of Care

Many children born with birth defects will require a lifetime of care. Expensive care. This can include the need for assistance in performing the activities of daily living (commonly referred to as ADL) such as eating, going to the toilet, changing clothes, etc. Other types of care may include physical therapists, speech therapists, medical monitoring, wheelchairs and braces, changes to a home such as installing ramps and stair lifts and many others.

For most people, these types of care are simply too expensive to provide. According to Greg Bubalo, Managing Partner at the Becker Law Office:

Children who are injured require the most care, and unfortunately, the medical bills add up very quickly. In a birth injury case, damages may be recovered for you or your child if the involved health care professionals fail in a relevant way to follow the usual standards of care set by the health care industry. This is what is meant by medical negligence resulting in birth injury.

It’s always a tragedy to hear about a child who has been born with a birth injury – especially when it could have been prevented. Unfortunately, many healthcare providers can make it difficult to obtain records, as they don’t want to admit to any wrongdoing. That’s where a medical malpractice attorney in Kentucky can help.

By obtaining your records, working with medical professionals to understand what occurred and locating medical experts who can testify to what should have occurred under a certain standard of care, you may have a better chance to receive the compensation that you and your child deserve.