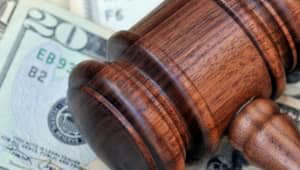 A teenager who was the victim of hospital malpractice that resulted in a permanent brain injury has been awarded $4.9 million. His story, like many others who have suffered brain injuries, shows how important it is for healthcare providers to be held accountable for their actions.

Shortly after the transfer, Palmer’s breathing tube allegedly became dislodged and he had no pulse or blood pressure for approximately 13 minutes resulting in permanent brain damage. His family sued Kaiser for failing to maintain the appropriate standard of care and Palmer was awarded $4.9 million.

Medical malpractice like what happened to Palmer isn’t the only cause of brain injuries. Others include car crashes, motorcycle accidents, pedestrian crashes and bicycle accidents, falls, violence, sporting events, combat injuries and many more which can lead to these common types of injuries:

These are only a few of the types of brain injuries that occur every day resulting in billions of dollars in medical costs, rehabilitation, lost wages, physical and emotional pain and suffering (for victims and their families) and possibly more.

“Brain injuries can have lifelong consequences, be very costly to treat, and in some cases be fatal,” according to Greg Bubalo, Managing Partner and Head Attorney at the Becker Law Office. “If a brain injury leads to severe permanent brain damage or death, family members of victims can also take legal action to recover compensation for loss of companionship and lost financial support.”

If you or a family member has suffered a brain injury due to someone else’s negligence, contact an experienced brain injury attorney who understands how brain injuries occur, how they’re treated and the very real consequences they can have on your life – and those of your family.