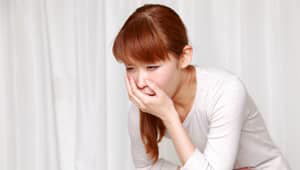 Bayer’s Essure birth control system isn’t as well known as some of the other forms of birth control on the market such as Yaz, Yasmin and NuvaRing that are linked to serious side effects. However, that seems to be changing – especially since the U.S. Food & Drug Administration (FDA) reported that it has received nearly 1,000 complaints about Essure and Erin Brockovich has gotten involved to give women a voice on the issue. So, what is Essure, how does it work and is it dangerous?

What Is Essure? Manufactured by Bayer Healthcare and approved by the FDA in 2002, Essure is a permanent sterilization procedure. The medical device is implanted during an outpatient procedure.

How Does It Work? During a transcervical procedure, small coils are placed into the fallopian tubes by a catheter passed from the vagina through the cervix and uterus. The insert contains synthetic fibers to induce a benign fibrotic reaction. It is held in place by a flexible stainless steel inner coil and a dynamic outer nickel titanium alloy coil.

Once in place, the device is designed to promote scar tissue growth in and around the insert. Over a period of several months, scar tissue forms, blocking the fallopian tubes and preventing pregnancy. Tens of thousands of women have allegedly undergone the procedure.

Is It Dangerous? According to NewsChannel5.com, an Ohio doctor recently linked a woman’s death to Bayer’s Essure birth control system and has informed the FDA about his conclusions. The case is still being investigated. At the same time, the FDA released information that it has received 943 complaints about Essure through its Adverse Event Reporting system over the past ten years.

The dangers of Essure have virtually flown under the radar compared to other birth control products such as Yaz, Yasmin and NuvaRing, all of which are the subject of thousands of product liability lawsuits. However, that may be about to change.

Enter Erin Brockovich as a consumer advocate. She has created a website on the issue after hearing from women about Essure side effects which, according to their testimonials, can include:

Brockovich’s launch of the website has created an online voice for women suffering from these side effects that coincides with FDA findings, and it’s likely that we’ll be hearing more about the dangers of Essure birth control system in the future.

Birth control prescription and medical device injuries affect tens of thousands of women every year and can lead to serious injury or death. Unfortunately, many manufacturers fail to adequately test their products before putting them on the market, rush their products to market to generate revenue and fail to warn consumers about known defects in order to keep that revenue stream coming.

“The number of these types of cases increases every day and almost all of them blame manufacturers for not testing birth control prescription drugs and medical devices enough and for failing to adequately communicate the dangers associated with them to consumers,” according to Greg Bubalo, Managing Partner of the Becker Law Office.

If you have taken birth control prescription drugs or used birth control medical devices and suffered harmful side effects, contact an experienced Kentucky drug injury lawyer to determine whether you might be entitled to compensation for medical bills, lost wages, physical and emotional pain and suffering and more.