Back to School Teen Driving Safety 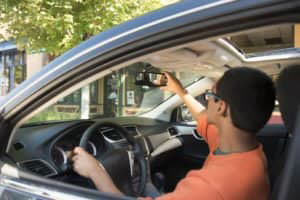 It’s almost autumn, and that means a crowd of new teen drivers is getting behind the wheel to head back to school. Tragically, a variety of hazards awaits these drivers, and many of them will get involved in car accidents over the season. Every year, car accidents claim far too many teen lives. Teen drivers can protect themselves by being aware of the risks and taking steps to ensure that they can safely operate their vehicle.

Back to School Accidents

According to the Centers for Disease Control and Prevention (CDC):

The risk of a crash is higher in the first months of receiving a license. The crash rate is three times higher for 16- to 17-year-olds than for 18- to 19-year-olds

The Dangers of Back to School Driving

There are many dangers associated  specifically with back-to-school driving. Early school start times can mean that teens are tired behind the wheel. The AAA Foundation for Traffic Safety estimates that about 328,000 traffic crashes each year involve a drowsy or sleep-deprived driver. Fatigued drivers are less alert than they need to be and unable to assess dangers properly. Tired drivers also have decreased reaction times when emergencies occur. Additionally, social media distractions also result in dangerous accidents. Teens unaware of the dangers posed by smartphones assume that they can safely multitask, costing far too many lives. Finally, the general inexperience of teen drivers means that they need to take extra care to avoid accidents.

While many teens cannot control the starting time for their school day, some districts provide a degree of class flexibility. Parents and teens can also raise the issue of pushing back the beginning of the school day to administrators. If they have the option, students can make sure they are driving to school awake and alert by choosing a later class starting time.