Home
Blog
Are Kentucky Roads Safe During The Pandemic 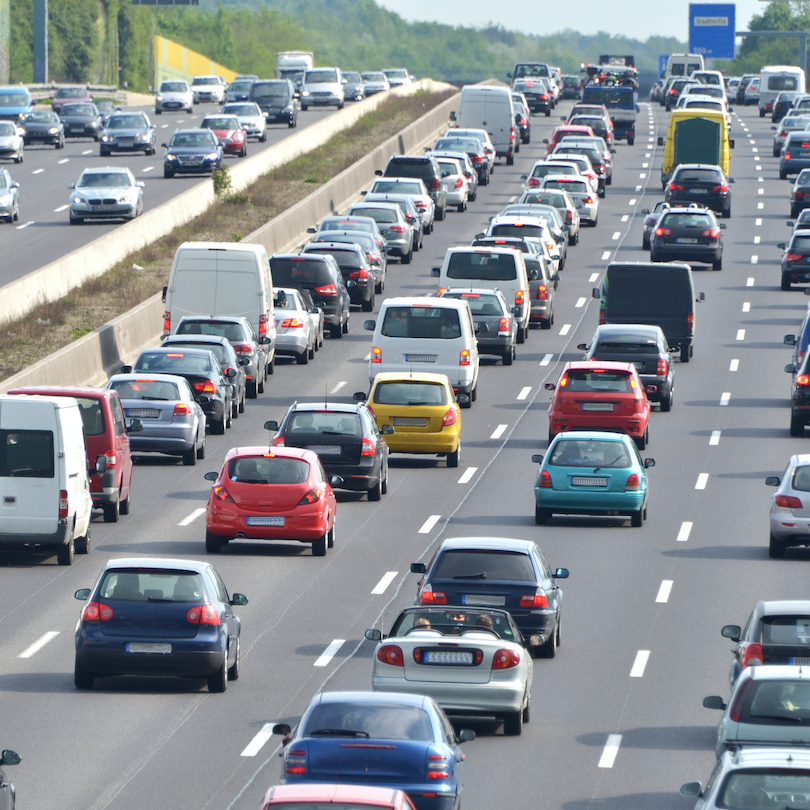 Kentucky Roads During the Pandemic

If you traveled anywhere by car since the start of the coronavirus pandemic, then you likely noticed a large decrease in the amount of traffic on the roads. This was easy to see throughout Kentucky, but it was especially noticeable in large cities or shopping areas that are usually filled with shoppers. As Kentucky businesses begin to follow the Governor’s guidelines for a multi-phase reopening during May and June, is there a potential for a rapid increase in driving to lead to an increase in auto accidents as well?

During the weekend of May 9th and 10th, it certainly appeared as if there were more people on the roads than there had been during the previous month. While traveling to grocery stores or restaurants, you may have also made similar tacit observations. Several online sources are now available to the general public during the coronavirus pandemic to help citizens make judgments about when and where to travel based on information that goes beyond a simple visual scan or subjective data collection.

3 Reasons to be Cautious on the Roads During the Pandemic 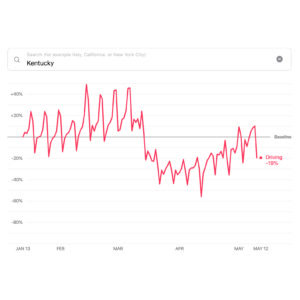 Beginning in mid to late March (depending on the city location in which you live) traffic significantly decreased on nearly every road in the United States. This trend was so noticeable that many car insurance companies began offering refunds to customers (click to see details).

During this time, many companies with mobile apps began paying close attention to changes in consumer behavior. Companies such as Apple Maps monitor customer mobility trends carefully because it affects a variety of aspects such as buying behavior and data. Recently, Apple provided some of this data to the public in order to show how the activity is changing over time in specific cities and regions around the world.

The tables below show how mobility rates changed during the past 13 weeks around Kentucky. By looking more closely at the 2 largest cities in the Commonwealth, Louisville, and Lexington, it is possible to see the decline in movement that occurred as a result of social distancing and the Healthy At Home initiatives put in place by the Governor’s office. This trend seemed to shoot upward the weekend of May 9th and 10th when many businesses announced reopening. 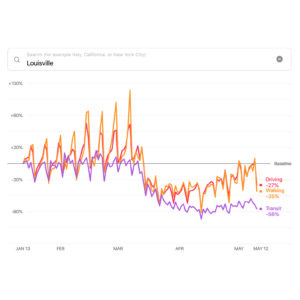 2. A majority of drivers enjoyed a long hiatus

Have you ever felt as if accidents on the roads seem to increase as a result of the first strong thunderstorm or snowfall of the season? While this could be due to any number of factors, such an increase could likely be attributed to the fact that the majority of drivers are not yet accustomed to or prepared for unique conditions. Unfortunately, this concept might also apply to our current situation.

Based on the Apple Mobility data, it looks like a majority of Kentucky drivers took a break from their normal driving routines. This gave everyone plenty of time to develop new habits while possibly forgetting what it is like drive during bumper-to-bumper rush hour traffic, for example.

As more cars rapidly return to city streets, it is safe to assume that many people will simultaneously experience a fast re-acclimation period. When the roads become slick with ice for the first time during a new winter season, this type of re-acclimation also occurs. For some drivers, it may only take a few seconds or minutes to adjust their habits safely. Others, who are less experienced in such conditions or distracted while driving, may find their timing is off for longer.

It is difficult to say for certain what effect a 2-month dull in traffic patterns will have on the abilities of drivers. However, it is safe to say that everyone has felt a little more distracted than usual recently while considering the many changes going on in the world due to the pandemic. For this reason, one reasonable hypothesis might be that as the rate of mobility shown by data sources such as Apple increases, so too will the number of motor vehicle accidents. 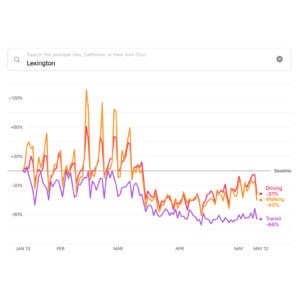 3. Drivers may have gotten sloppy

This final point is based on firsthand observation. It is important to note it might not apply to the city where you live but you should definitely be aware of the possibility that drivers might have allowed their etiquette to become a little too relaxed during a time when they did not have to follow all the rules!

Yes, laws should always be followed. This is especially true on the roadways. But during March, April, and May it seemed like there might have been less frequent enforcement of the laws regarding things like speeding, distracted driving, and general common sense on the road.

During trips to and from work or the store (if you still participate in such risky behaviors) you may have noticed a slight increase in the number of cars during or changing lanes without signaling properly. In some parts of Kentucky, it also seemed like vehicles were driving faster than usual. Again, this is certainly not something that is recommended or endorsed. But, for some reason, some people casually talked as if it would be easier to get away with such things while law enforcement was busy with issues related to the potential public health crisis.

In addition to feeling as if there were fewer law enforcement officers available to police careless behavior, drivers may also have felt the roadways were also more clear than usual recently. This meant that some mistakes might not lead to accidents because there were fewer cars nearby to bump into. All of this changes very quickly as hundreds of thousands, or perhaps even millions, of drivers in Kentucky, accelerate back onto the streets and highways again in May and June.

Pay careful attention while on the road

Based on this data and observation, it is very important for drivers to pay close attention to their behavior and environment while behind the wheel during the reopening phases. We all hope that the worst global pandemic of the last 100 years is mostly behind us. If this is the case and life can return to normal as quickly as possible, we highly recommend one place you don’t attempt to speed things up is when you are behind the wheel. Remember that the roadways may appear to be busier than usual soon (hopefully). Many of these returning drivers could also be out of practice or even distracted by recent events or any number of other issues.

To help stay safe and observant we recommend checking the Apple Mobility data provided by the website linked here on a regular basis during the reopening. This will help you to at least be prepared for a sudden surge in traffic. Remember, if you are in an auto accident there are several important steps you should take immediately. Click here to review this list and make sure to contact our team of serious lawyers immediately if you are injured.