How dangerous is distracted driving? Drivers in Kentucky should learn more about how distraction behind the wheel can result in serious and fatal car accidents. For those of you with teen drivers, it is particularly important to teach your children about the serious risks of driving distracted.

You might think you already know about the hazards of distraction on the highways and neighborhood roads. 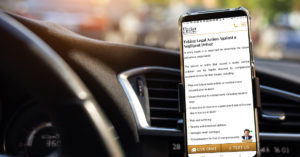 Speak with a car accident lawyer in Kentucky today.

At the Becker Law Office, we want to help Kentucky families have a better understanding of the dangers of distracted driving. The following distracted driving statistics should make you think twice before texting while driving, or allowing your teenager to get behind the wheel without discussing the implications of smartphone use.

According to a National Safety Council (NSC), many states have enacted laws that prohibit handheld phone use by drivers of any age. In Kentucky, all drivers are banned from texting while driving, but the prohibition on handheld smartphone use applies only to drivers under the age of 18.

Teenagers are particularly susceptible to distracted driving and can easily get distracted by many activities in the car—such as talking to a friend or changing the radio station. The NSC says that hands-free cell phones pose a risk of causing distraction.

Cognitive distraction—which can occur even when you are talking on a hands-free device—can result in a serious traffic accident.

2. Distraction is a Leading Cause of Fatal Car Accidents Among Young Drivers

Many of us know that younger drivers, especially teens, are at greater risk of serious injury in an auto accident than older drivers. According to recent research by the AAA Foundation for Traffic Safety, six out of 10 moderate to severe teen crashes involved distracted driving, based on an analysis of 1,600 crashes.

That percentage of teen drivers who are distracted is four times higher than published government estimates of distraction.

Simply reaching for your cell phone—even if you are not planning to use it—makes you three times more likely to be involved in an accident.

4. More People Use Cell Phones Than You Think

At any given minute on America’s roadways, an estimated 660,000 drivers are using cell phones or manipulating electronic devices while driving, according to the Distraction.gov website.

5. Drivers Text and Drive Despite Knowing That They Are Breaking the Law

Texting and driving statistics are important for raising awareness about the serious dangers of texting while driving. Among the most concerning statistics, perhaps, is the statistic reported by the Huffington Post that about 33 percent of drivers between the ages of 18 and 64 report that they read or sent text messages while driving in the last month.

6. Hundreds of Thousands of Accidents Result from Texting While Driving

According to the Huffington Post article cited above, around 341,000 auto accidents resulted from texting while driving in 2013.

7. Texting Takes Your Eyes Off the Road for Too Long to Avoid an Accident

The Huffington Post article reports that drivers can only safely take their eyes off the road for about two seconds, but reading or sending a text tends to take, on average, about five seconds. According to Distraction.gov, in the time it takes to send a text message, the driver has driven about the length of a football field without looking at the road.

Distracted driving—including both talking and texting—is the cause of nearly 20 percent of all car accidents involving injuries, amounting to more than 420,000 personal injuries each year, according to the CDC.

Each day in the U.S, more than eight people are killed in collisions involving a distracted driver, the National Highway Traffic Safety Administration reports. In 2014, 3,179 people died is distracted driving accidents.

10. More Drivers Talk and Drive Than You Think

Nearly 70 percent of drivers in America between the ages of 18 and 64 reported that they talked on their cell phones while driving in the last month, according to the CDC.

11. A Shocking Number of Teen Drivers Respond to Texts While Driving

12. Parents Play a Role in Teens’ Texting While Driving

About 10 percent of parents reported that they engaged in extended text conversations involving multiple messages while driving. Parents who text and drive are setting a bad example for teen drivers.

13. Texting While Driving is Banned in Most States

The Huffington Post article reports that texting while driving is banned in 46 states, yet a large percentage of Americans break the law and text anyway.

14. Distracted Driving Can Happen Even If You Do Not Use Your Phone

15. Link Between Distracted Driving and Driving Under the Influence

In other words, teens who engage in one risky behavior (like texting while driving) are more likely to engage in other dangerous practices.

16. Distracted Driving is a Bigger Problem in America Than in Great Britain

While nearly 70 percent of American drivers admit to talking on their phones while behind the wheel, only about 21 percent of drivers in the United Kingdom report doing the same, the CDC reports.

17. The Best Prevention Method is Awareness

According to the CDC, the best way to prevent distracted driving accidents is to raise awareness about their severity. We do not need to stop using our mobile devices altogether. We need to make clear just how dangerous distracted driving can be so that more Kentucky residents avoid using their phones to talk or text while they are on the road. 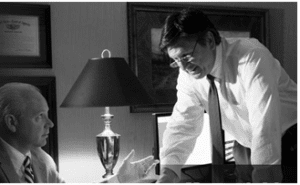 At the Becker Law Office, we are committed to making our Kentucky community safer for drivers, and we want to ensure that residents of Lexington, Louisville, Florence, and surrounding areas understand the serious risks of distracted driving. If you have questions or concerns about filing a distraction driving accident claim, an experienced Lexington car accident lawyer can help.

Contact the Becker Law Office to learn more about our services.